Virat-Rohit Holiday: The Indian team is ready for the limited overs series against West Indies after ending their long tour of England. The first ODI of the three-match series will be played between the two teams on Friday. This match will be played in Port of Spain, Trinidad. The captaincy of India has once again been given to Shikhar Dhawan. While the senior players of the team have been rested from this series.

Senior players like India’s regular captain Rohit Sharma, former captain Virat Kohli, all-rounder Hardik Pandya, Mohammed Shami, Rishabh Pant and Jasprit Bumrah are not part of this series. In his absence, young players have been given a chance. Rohit, Rishabh and Hardik will all be reunited with the team in the T20 series but Virat Kohli, who is struggling with form, will be out of the entire tour. While one team of India is sweating on the field for the West Indies series, the other team is spending time with family away from the cricket field. Let us know who is doing what among the senior players of the team at this time.

The team’s regular captain is holidaying in London with his wife Ritika Sajdeh and daughter Adira after the end of the ODI series against England. He reached the water park in Windsor, UK with his family on Tuesday and spent his time. Rohit did not play in the Birmingham Test at the start of the England tour and was ruled out due to Kovid. 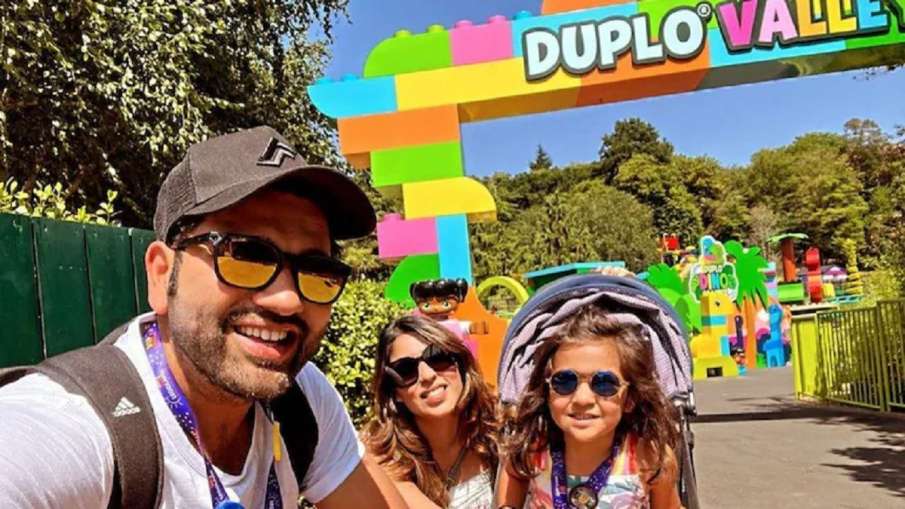 The team’s all-rounder Hardik Pandya has been playing matches continuously since the IPL. He played in the home T20I series against South Africa, then captained against Ireland and then went into the limited overs series against England. He also became the man of the series, performing tremendously in the ODI series. Hardik has been rested for the ODI series against West Indies, so he has reached Greece to spend a holiday away from cricket. He has also shared his picture here.

Struggling with his form, Virat Kohli is constantly facing criticism. He failed the entire tour this time against England and could only manage to score 77 runs in six innings. While he also played in the Birmingham Test, T20 series and then the ODI series. During this, not a single half-century came from his bat. Questions are also being raised about the selection in Virat’s team. Meanwhile, Virat is holidaying in France with his wife Anushka Sharma and daughter Vamika. Anushka has also shared many pictures and stories on her Instagram referring to Paris. At the same time, pictures of Virat with fans are also becoming viral on social media.

Team’s star and senior fast bowler Mohammed Shami has returned home after the end of the Manchester ODI. Sharing his pictures, he told that now is the time to go home.

Nude pictures of Ranveer Singh created panic, got a photoshoot done for the magazine