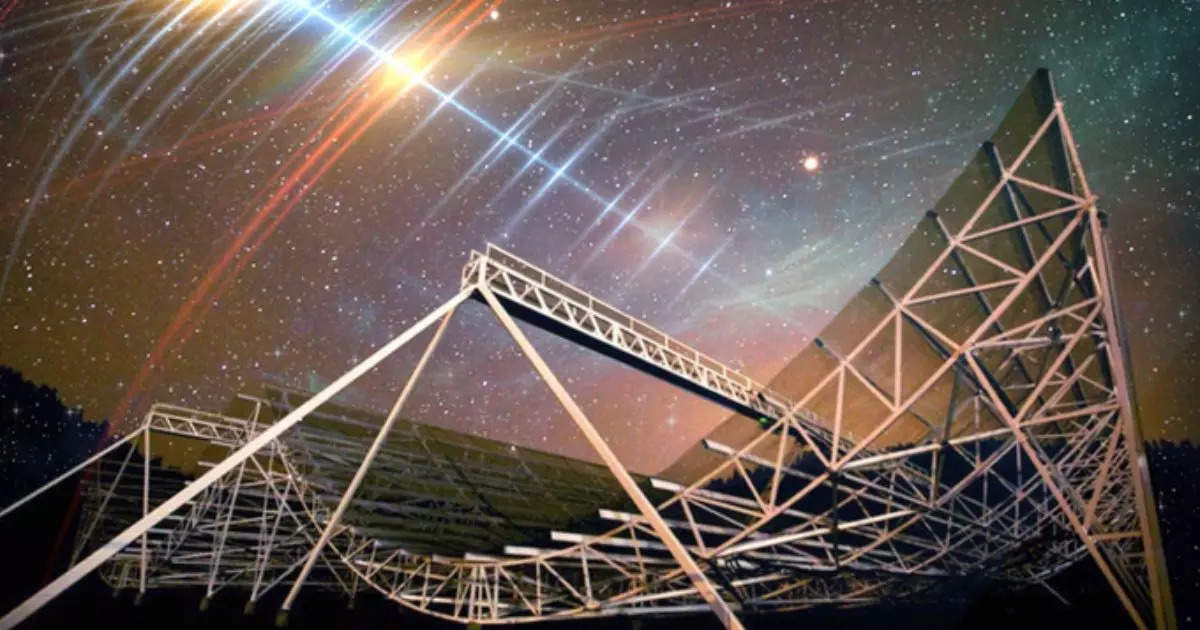 By Bhavnagar News Last updated Jul 15, 2022
19
Share
Space, an ocean full of mysteries and possibilities that is less explored and understood. Some people are searching for the origin and history of life in this space and some new life. Astronomers around the world keep their eyes fixed on space day and night and often keep making shocking revelations. A study has been published in the journal Nature on Wednesday, in which information has been given about one such shocking discovery. A mysterious radio burst has been detected in space, which has a pattern similar to ‘Heartbeat Pattern’. Astronomers estimate that this signal came from a galaxy about a billion light years away. But its exact location and the cause of the burst (Source of Radio Burst) are still unknown.

Millisecond-long bursts of radio waves in space are called ‘fast radio bursts’ or FRBs whose source is unknown. The first FRB was discovered in 2007, after which hundreds of such bursts have been discovered coming from distant places in the universe. Many FRBs emit extremely bright radio waves that disappear completely in just a few milliseconds. Of these, about 10 per cent are repeats and have a pattern. Fast radio bursts are so rapid, sudden and unpredictable that they are extremely difficult to see.

Burst was seen on 21st December 2019
To capture the radio bursts, the Dominion Radio Astrophysical Observatory in British Columbia, Canada has a radio telescope called the Canadian Hydrogen Intensity Mapping Experiment, or CHIME. This telescope has been operating since 2018 and continuously monitors the sky and the FRB. This telescope is extremely sensitive to radio waves emitted in the distant universe. With the help of CHIME, scientists saw something on December 21, 2019, that stopped their attention there.

The pattern was like ‘heartbeats’
“It was weird, not just because it was so long and lasted three seconds, but because it had a heartbeat pattern, every second – boom, boom, boom,” he said. In a mail, he said, ‘FRB 20191221A has not repeated till date, but we found that this signal was made up of a series of peaks with a difference of 0.2 seconds.’ Michili said the research team does not know the exact galaxy from which the burst originated, and estimates of a distance of one billion light-years are “very uncertain”.

Scientists are making upgrade telescope
The CHIME telescope is capable of detecting radio waves, but it cannot provide information about their source. He said that now CHIME is being upgraded through a project and additional telescopes are also being built which will be able to detect radio bursts to their galaxy. The frequency of radio waves and their variation can help astronomers understand the rate of expansion of the universe.