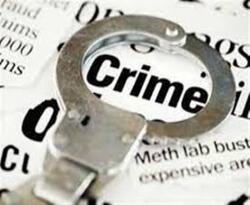 Gujarat News: A 63-year-old old man used to do obscene chatting with girls as a student, used to ask to send hot pictures. News & Features Network

Gujarat News A 63-year-old man has been arrested in Jamnagar district. The man is accused of having obscene chats with several girls on an online site posing as a college student. Also posted his objectionable pictures. In Jamjodhpur town, on Sunday, the police arrested a 20-year-old college student for uploading objectionable pictures on social media. The man is being questioned.

According to the report of ‘Times of India’, the name of the accused is Rasik Wadalia. He is a resident of Siddhsar village of Jamjodhpur and describes himself as a farmer. On August 4, a first year college student had lodged a police complaint against him. Investigation revealed that Wadalia had targeted three other college going girls besides the complainant.

According to the report, during investigation it was found that the person with whom the girl used to interact online on Instagram is not actually a college student but 63-year-old Wadalia. Wadalia created an Instagram profile with the name Rushi Patel. In the bio, he described himself as a college student. Police said that Wadalia did this after being influenced by some web series seen online. He created a fake profile and also stalked college girls.

According to the police, he had also obtained the names and phone numbers of some of these girls. Through these details, he used to trace girls on Instagram. Used to send friend requests online and started chatting when the request was accepted.

According to the report, the police told that after befriending the girls online, Wadalia used to ask them to send their hot pictures. Some girls fell prey to this sinister plan of Wadalia. Once Wadalia found objectionable pictures of a girl, he used to blackmail the girl through these pictures to introduce the girl to other college girls. He also threatened to make the pictures viral on the internet if the instructions were not followed.

Jamnagar Cyber ​​Crime Police Inspector PP Jha said that Wadalia was actively dealing with this mental deformity for two years. Jha said, “Wadalia was exposed only after one of the victims lodged a complaint. Based on his Instagram ID and IP address, we traced Wadalia to Siddhsar village and arrested him.”

Police Inspector PP Jha said, “We have also found pictures of three other girls from mobile phones whom Wadalia was blackmailing. A case has been registered against him under various sections of IT Act and Indian Penal Code (IPC) under sections 354 (outraging modesty of women) and 500 (defamation).”

Jammu And Kashmir News: SPO Gurmesh Singh shoots himself with a service rifle outside the court complex. News & Features Network