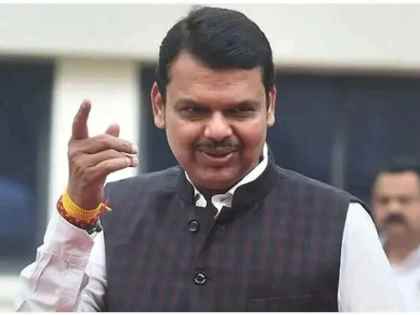 I am the sea, will come back: Devendra Fadnavis

Eknath Shinde After becoming the deputy of the party, there was discussion in the political circles that Devendra Fadnavis was hurt. He did all the efforts for the CM’s chair. Seeing him becoming the CM, one of his statements in the assembly became very viral on social media, in which he had said that don’t settle down on my bank after seeing my water coming down.

i am the sea I will come back During the floor test today, Fadnavis said, referring to the same statement, took a sharp dig at the opponents. Fadnavis said that now the ED government has been formed in Maharashtra.

Devendra Fadnavis Said I had said that I would come back. But when I said this, many people made fun of me. I have come back today and brought Eknath Shinde with me. The Deputy Chief Minister of Maharashtra said that he will not take revenge on those who made fun of him then.

Devendra Fadnavis During this, he also spoke out-of-the-box. He said that everyone should be ready to listen to the voice of opponents in politics. We saw people being jailed for making and posting statements on social media. We must respond to criticism in an appropriate manner.

floor test BJP’s Sudhir Mungantiwar and Shiv Sena’s Bharat Gogavale proposed the trust vote in the Maharashtra Assembly during the period. After the voice vote, the opposition demanded vote-sharing on the motion of trust vote. Allowing the Speaker to ask the members to stand for the division of votes.

2014 Devendra Fadnavis, who was sitting on the Chief Minister’s chair by surprise, was called lucky then, because Modi-Shah chose him for CM, bypassing all the veterans. But since then his misfortune has not left him.

2019 I took the oath of CM by taking Ajit Pawar along. But came on the floor within 80 hours. This time it was decided to become CM, so Modi-Shah who had made him CM in 2014 asked Devendra Fadnavis to pull his feet back.