Actor R Madhavan’s film ‘Rocketry: The Nambi Effect’, may not have managed to do something big at the box office but the film has won the hearts of the audience and applause from the critics. . Rocketry has an IMDb rating of 9.3 and everyone who is watching it can’t help but appreciate it. In such a situation, now Bollywood actress Shilpa Shetty and her husband and businessman Raj Kundra have reacted to the film. Raj Kundra has reviewed the film, due to which he is getting trolled.

What is Raj’s post and Madhavan’s reply
Raj Kundra reviewed Rocketry on a social media post. Raj wrote in his tweet, ‘It is an honor that I have met Nambi sir in reality. Madhavan thank you very much for making Rocketry, and showing his story on the big screen. This is really wonderful. Many congratulations brother. Nothing is better than that justice has been done. After this, in the end, he has given it 5 stars. Madhavan also retweeted Raj’s tweet and wrote, ‘Thank you friend, God’s blessings. I have become emotional. See Madhavan’s post…

Raj Kundra getting trolled
Social media users are trolling Raj Kundra for the review of the film Rocketry. There are not many but few comments on Raj Kundra’s tweet which are slowly increasing. Most of these comments are trolling him. One troll wrote, ‘It’s time to restart Hotshots, its content was good.’ On the other hand wrote – ‘Hey you are on Twitter’. At the same time, a user has made a very lewd comment referring to Shilpa Shetty in the comment.

Shilpa also posted insta story
Let us tell you that apart from Raj Kundra, Shilpa Shetty also shared an Instagram story about the film. Sharing a scene from the film, Shilpa wrote, ‘Rocketry is a must watch film, R Madhavan Proud of you, what a film you have made. Very emotional. Loved everything Nambi Narayan sir, you are a hero. Best film I’ve seen in a while. 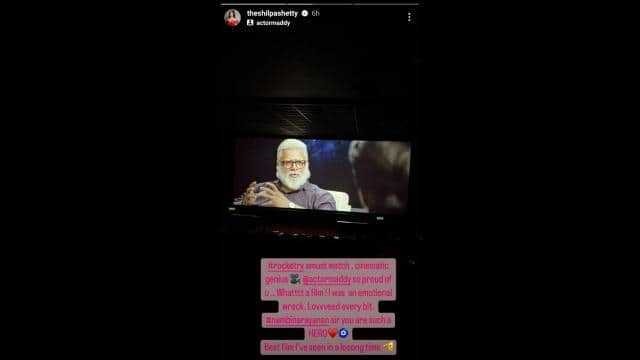 Why is Raj Kundra getting trolled?
It is worth mentioning that last year, a case was registered against Raj Kundra in connection with the alleged porn racket. The Crime Branch of Mumbai Police had arrested Raj Kundra on July 20 in this case. Prior to Raj Kundra’s arrest in July, the Mumbai Police had arrested five people in the case in February. The accused involved in the case were allegedly making obscene films and duping people by promising them roles in web series or Bollywood films. Aspiring models and actors were promised film roles and asked to do these pornographic films.

Today’s horoscope: Libra people will get good news, take care of the health of Scorpio, Sagittarius