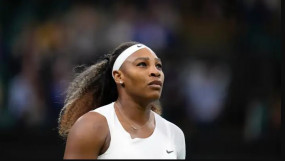 Digital Desk, New Delhi. Tennis sensation Serena Williams has announced her retirement after the US Open 2022. During this, she said, “I have never liked the word retirement, the best word to describe what I intend is ‘evolution’. I am moving from tennis to other things that are important to me.”

After 23-time Grand Slam winner Serena Williams, who has enthralled people around the world with her tennis, the 40-year-old tennis giant wrote on Instagram: “There comes a time in life when we need to have a It’s a decision to move in a different direction. Those are always tough times when you love something so much. I’m glad I enjoy tennis, but now the countdown has begun.”

Space Environment: 35 explosions on the surface of the Sun in two weeks, what does it mean