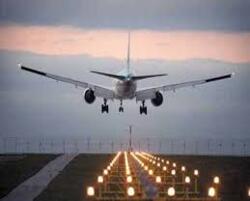 The outer part of the windshield broke during the cruise on a SpiceJet plane.

During the cruise on a SpiceJet plane flying towards Mumbai, the outer part of the windshield broke, due to which the plane landed. SpiceJet A spokesperson of the company said, “Spicedate was operating Q400 aircraft SG 3324 (Kandla-Mumbai) on July 5, 2022. this roundThere was a crack in the P2 side windshield outer pane at Rann FL 230. However, the aircraft landed safely in Mumbai.”

SpiceJet This is the second case of failure in the aircraft today. Earlier in the afternoon, a flight going from Delhi to Dubai had made a safe landing in Karachi, Pakistan. SpiceJet This landing was made due to lack of fuel in the B-737 aircraft.

DGCA The PIC issued a statement saying that in view of the ever-decreasing fuel volume, the PIC decided to divert the aircraft to Karachi. The aircraft was diverted in coordination with ATC and landed safely in Karachi. The DGCA has ordered an inquiry into the incident. More than 150 people were on board the plane.

SpiceJet of aircraft failure case aE bar has appeared. Three days ago, on Saturday, a Jabalpur-bound SpiceJet flight returned to Delhi. During the flight, smoke filled the plane’s cabin at an altitude of 5,000 feet. The DGCA later said that the smoke was caused by an oil leak in one of the engines of the Q-400 aircraft.