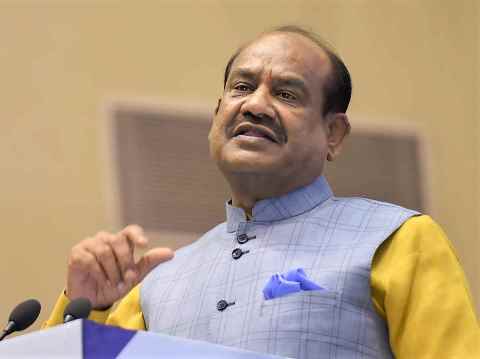 The words that were removed were used by both the opposition: Om Birla

Banning unparliamentary words, for this a list of words was issued in which explicitly declaring such words unparliamentary and banned. On Thursday, the opposition created a ruckus regarding this matter.

Om Birla Told that earlier a book was written about unparliamentary words but now the government has uploaded it on the internet to avoid wastage of papers. No words have been banned, the words on which there were objections have been removed. At the same time, he told that we have also released a compilation of those words.

‘Jumlajeevi’The Lok Sabha Secretariat on Wednesday removed everyday use words like ’embarrassment’, ‘abuse’, ‘betrayal’, ‘drama’, ‘hypocrisy’ and ‘incompetent’, ‘child wit’, ‘Covid spreader’ and ‘snoopgate’. was put on the unparliamentary list. The opposition strongly opposed the move, saying it would hamper their ability to criticize the government.

Monsoon session of Parliament is starting from Monday, ‘Anarchist’, ‘Shakuni’, ‘Tanashahi’, ‘Tanashah’, ‘Tanashahi’, ‘Jaichand’, ‘Destruction’ from this book released even before the start of this session Words like ‘Purush’, ‘Khalistani’ and ‘Khoon se Kheti’ will also be dropped if they are used in the course of debate or otherwise.

The Lok Sabha Secretariat list includes a caveat that certain words cannot be considered unparliamentary unless read in conjunction with other expressions spoken during parliamentary proceedings. The booklet also stated that any allegation made in either English or Hindi against the Speaker in both the Houses shall be deemed to be unparliamentary and shall be removed from the records of Parliament. The criticism of the booklet was earlier countered in a statement issued to the media through government sources. Most of these words were considered unparliamentary even during the UPA government, the statement said. The book is just a collection of words, not a suggestion or a command.